If the drone was being flown manually by an operator watching through a first-person video, the bright lights from laser dazzler might have blinded the camera, causing the operator to lose control. Alternatively, “the lasers beam have the ability to interfere with [infrared] landing sensors,” as well as the downward-facing cameras that detect obstacles below, “forcing a landing or uncontrolled drone behavior,” Williams said.

There is a third possibility: that the heat from the laser dazzler was enough to melt internal wiring or cause the battery to give out.

The United States Navy has tested the very short range (1 mile), 30-kilowatt Laser Weapon System or LaWS to be used against targets like small UAVs, rocket-propelled grenades or visible motorboat or helicopter engines.It has been defined as “six welding lasers strapped together.” A 60 kW system, HELIOS, is being developed.as of 2020

Federal rules for those owning or using lasers in the U.S.

In the U.S., it is legal under federal law to own a laser of any power. But often people talk about “illegal laser pointers”. This is somewhat confusing shorthand meaning that the manufacturer or seller illegally called a laser above 5 milliwatts a “pointer”, or illegally promoted it for pointing purposes.

Manufacturing and selling is illegal, not possession or safe use

Under federal law, it is perfectly legal to sell any laser above 5 mW as long as the laser complies with FDA/CDRH laser product requirements for labels, safety features, quality control, etc. AND as long as the laser is not promoted as a “laser pointer” or for pointing purposes.

If a laser over 5 mW is called a “pointer” or is sold for pointing purposes, the person doing the illegal action is the manufacturer or seller. If the consumer (end user) has a mislabeled or non-compliant laser, it is legal for them to possess it. We are unaware of any cases where a non-compliant consumer laser has been taken from its owner simply for being mislabeled or because it did not have the safety features of its class.

Of course, if a person uses a laser irresponsibly, then it may be confiscated. This confiscation could be done by private parties such as theater owners or concert promoters, or by police or other law enforcement officers.

What happens if I have an “illegal” (non-compliant) laser?

If a laser is found to be non-compliant, the manufacturer may be required by FDA to take corrective action such as offering a repair, recall or refund. However, it is not legally required for the owner to repair or turn in the laser. Consider a person who has a Toyota that is recalled for safety defects. If the person does not take their car to the dealer for corrective action, they still get to keep their car — the government cannot confiscate it.

A request for clearer terminology

As a side note, instead of using the term “illegal pointer” it is better to use “non-compliant laser” or to state that a laser is “illegally labeled” or “illegally manufactured”. This helps the general public understand that it is the laser itself that is not legal.

To help clarify this, think about “illegal drugs” or “illegal handguns”. In common usage, these phrases refer to drugs or guns which may meet all manufacturing and safety standards, but which are illegal for the public to own or use. But “illegal laser pointers” are the opposite: they are legal to own and use; the problem is that they do not meet manufacturing and marketing standards. So that’s why we ask for people to use more precise terms.

Some laser uses are regulated at the federal level

All laser products (devices) must be certified by the manufacturer to comply with 21 CFR 1040.10 and 11. In addition, there are three laser uses which must comply with these regulations. The uses are: 1) medical; 2) surveying, leveling and alignment (SLA); and 3) demonstration lasers used in a classroom, for advertising or for laser light shows. Laser pointers have traditionally been regulated as demonstration lasers.

In addition to these U.S. federal regulations under FDA/CDRH, there are federal OSHA regulations for occupational laser use, and some states and localities have their own laser regulations. For more information check the various pages in the Laser pointer laws section of this website including the Rules for U.S. sellers page and the U.S. laws page, and contact the FDA/CDRH. You can also contact a firm specializing in laser product and use compliance.

The following are some laws and regulations relating to laser pointers. This is not a comprehensive list, and it does not cover all laser-related laws (such as laws in Arizona, Texas, New York and elsewhere for the registration of laser equipment and/or laser show operators).

This list is intended to provide a starting point for additional research, and to illustrate how legislators attempt to define various terms and regulate various actions. 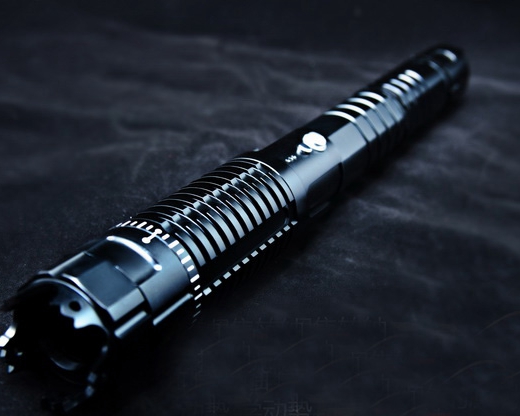 Power vs Temperature curve, it did best at 26 ℃.

Here we use blue laser system to make a Laser Scene in Resident Evil, just like this one .  But don’t worry, the blue laser is not so powerful to kill people.

Resident Evil
The Red Queen A.I. goes nuts and tries to kill everybody with blue lasers. And it’s a race against time to deactivate the lasers before this poor guy gets sliced and diced. Which… well, they almost make it. Ninja laser, a ninja shoots lasers out of his knuckles. This being a superpower that ninjas only have in America. The Red Queen A.I. goes nuts and tries to kill everybody with blue lasers. And it’s a race against time to deactivate the lasers before this poor guy gets sliced and diced. Which… well, they almost make it. The 980nm completely invisible laser sight won’t shoot any visible light dot on your targets, it won’t make animals get spooked while hunting.It’s shock resistant.
The laser of 980nm wavelength can’t be seen through pvs7 gen3 goggles.The range of the visible laser wavelength of this goggle is 400-950nm. These IR laser pistol is mounted a IR laser on a pistol. The IR laser is invisible, and you need a night vision to detect it.

Laser Pointer 303 is one of the most popular laser pointers. It has 4 colors : black, red, golden,blue, and the black one is the bestseller. If you want to buy a laser pointer 303, you may find it’s hard to find them on Amazon. The laser poionter 303 is forbidden on Amazon, therefor most of the 303 are removed. The prices are about 12$-15$.

Only about 30 results here at Amazon

Most of the laser pointer 303 are selling on these online stores:

It seems that the best place to get a laser pointer 303 is eBay, choose a good seller on ebay , and you can get it.

We BeamQlaser put all the laser pointer 303 parts in one category, check it here. The AC adapter easily folds out to charge and pack away Smart charger can charge for 16340,18650 Li-ion batteries, one at a time Suitable for 16340 or 18650 Li-ion for 1pcs batteries LED indication for Power On / Charging / Full charge AC110v-240v 50-60Hz input (international charger, can be used worldwide)

There are many laser pointers on eBay . The Efficacy of Laser Therapy in Wound Repair: A Meta-Analysis of the Literature

Written by
Justin
Posted in
Uncategorized

More News about all wavelengths about DPSS Lasers & Fiber Lasers